Striving for self-growth by making the most of a productive environment to ‘surpass yesterday’s self’. 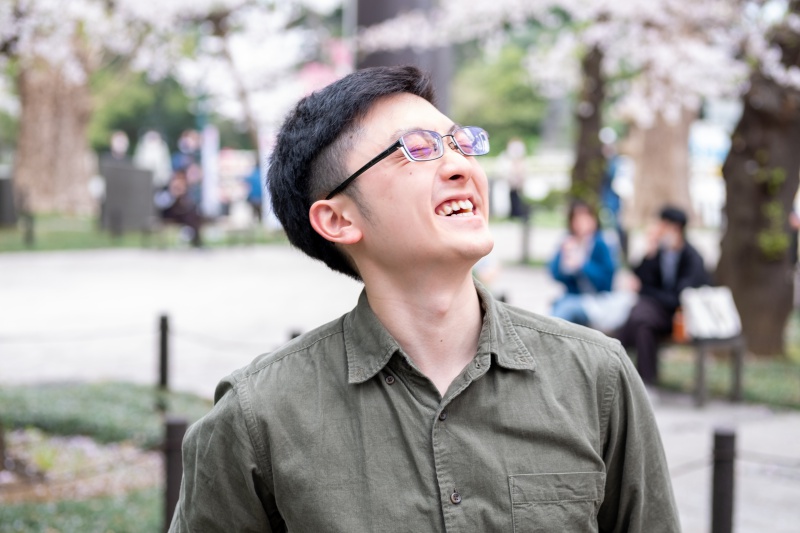 From now into the future, in the team for our main product, ‘AdSIST’, we have many members from diverse cultural and geographical backgrounds who are playing active roles in development. In this interview, we’ll introduce our Malaysian programmer, GEN, who is one of them.

GEN has said that he experienced love at first sight when he saw the beauty of cherry blossoms, and that it was his reason in coming to Japan. GEN has the opportunity to come into contact with programming while doing a bachelor’s course at a Japanese university, and that interest lead to pursuing a career as a programmer.

Before joining the company, GEN has only learned programming through self-study, but after joining, he was able to refer to and learn from the code of senior team members, take on more and more tasks, and aggressively repeat trial and error-style runs and polish his skills.

We asked GEN, who is always cheerful and positive, about his roots, job satisfaction and vision, and about the future of the team’s work culture, which he has said is a ‘very blessed environment’. 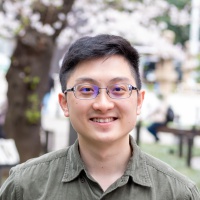 Joined the company in 2020. From Malaysia.
Studied at a Japanese university and graduated with a Bachelor’s in Behavioral Economics, then entered the company as a programming engineer with his behavioral economics knowledge to support our product planning and ideas.
A bubbly personality who brightens up the air around him.
His hobby is photography.

Love at first sight: cherry blossoms lead me to Japan, the office lead me to the company 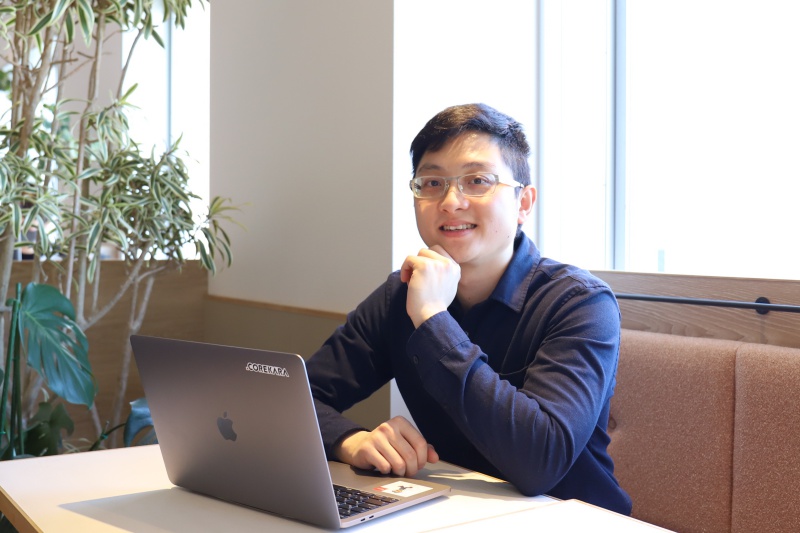 I grew up in a fishing village in Malaysia. Ever since I was young, I loved talking to people, and was called the ‘most noisy kid in class’, haha, I don’t think I’ve changed much, and I’ve always been someone who wants to know what everyone around me is thinking. For example, kid A is really into games, but kid B is really into sports. In this way, everyone’s unique, and so talking to many different people will make you more knowledgeable and is fun, too. I also liked photographs since I was a kid. When they would take our school photos, I’d go off to the side before the shutter went off, and look over the sight of everyone gathered together. I like them because afterwards, you can look over the photo and think to yourself, ‘this photo is from that time, when things were like this,’ and reminisce.

When I was in the third year of high school, I was a bit uncertain about my future path, and talked to a lot of my seniors. One of them gave me a postcard with a picture of a Japanese campus with blooming cherry blossoms. When I saw that, I was shocked at the sheer beauty of the cherry blossoms. There are no cherry blossoms in Malaysia, so it was really fresh thing to see. I thought to myself, ‘I want to study here!’. So I came to Japan, and for a year studied at a Japanese language school, and then entered into university. The cherry blossoms that I had come for were indeed beautiful, and the food and culture too suit me perfectly. I learned Japanese steadily by watching morning dramas and having one-on-one guidance from my teacher. I worked part-time at an izakaya pub, and one day I surprised myself when I was able to speak fluidly in Japanese, and thought to myself, “I did it!”. 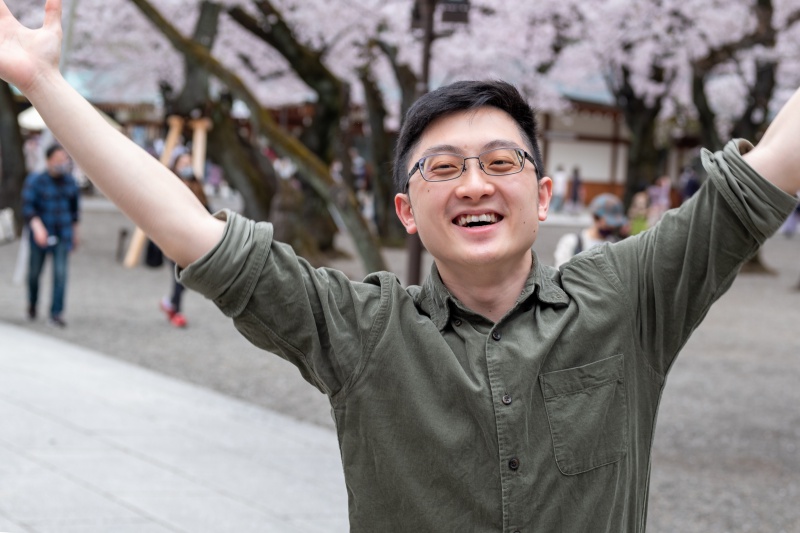 Because I was interested in how people behave and why they make the decisions that they do, I chose Behavioral Economics as my major in university. When writing my Bachelor’s thesis, I had the opportunity to use a programming language called R to analyze data. From that, I thought that it’d be really interesting if I could build a website by myself, and started getting into it and self-studying. However, I strongly felt that I wasn’t really getting better just by studying it on my own, and started looking for an environment where I could grow my skills. And so here we are. As soon as I saw the photo of the office on the job ad, I knew instantly that I wanted to work there. It was the same feeling that I had when I saw that postcard with the cherry blossoms on it, haha.

I went through a 2-week trial, but just as I initially thought, There is a lot of freedom in the company. It’s an environment where everyone can say their thoughts and ideas and the team leaders will really listen to them. That’s why I felt that this is a place where myself and my work would be acknowledged, and that’s what made me want to work here. 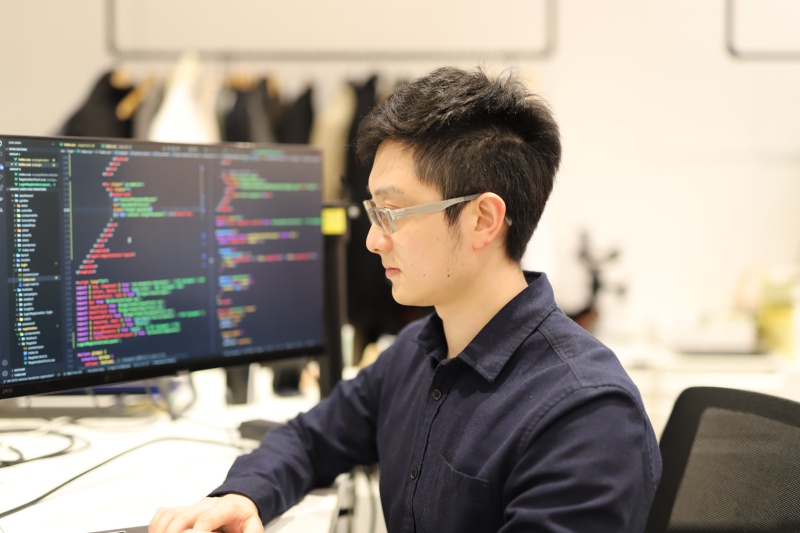 Currently as a programmer, I’m taking on tasks for the development of ‘AdSIST’. I generally work on front-end visual components, but I’ve also learnt a bit about back-end and server work too. I’ve also been able to learn a bit about project management. For example, when there’s a request such as “please implement XX feature”, I check our team resources and lay out a schedule, and then report back with details such as the possible time of completion, and so on.

Obviously the most satisfying time is just after releasing something new, but even with small tasks like changing the look of a button, I still feel little bursts of happiness. The other team members and I are usually exchanging ideas on Discord and telling each other how far along we are on our tasks, so we also congratulate each other whenever one of us finishes a task with a “well done!”. In my team, we have so many people from different backgrounds, like Mexico, Venezuela, Brazil, Indonesia and the Philippines, so we usually talk in English.

So far, I feel like I’ve been furiously reading through the code that the senior developers have written and levelled up through that. Also, although I’m mostly on the front-end, when I feel like I want to learn a bit more about the back-end, I’m able to volunteer for a task there. For tasks that are usually done in pairs, I can also declare that I want to do it myself, to challenge myself and learn more, especially since there’s reference code too! The senior developers support me by saying, “Ok, do your best!”, and in that way I’m able to challenge myself. Even if I fail, I learn from that failure. I treasure this kind of iterative level-up process the most, and have gotten a lot of motivation and assurance from my reliable seniors. 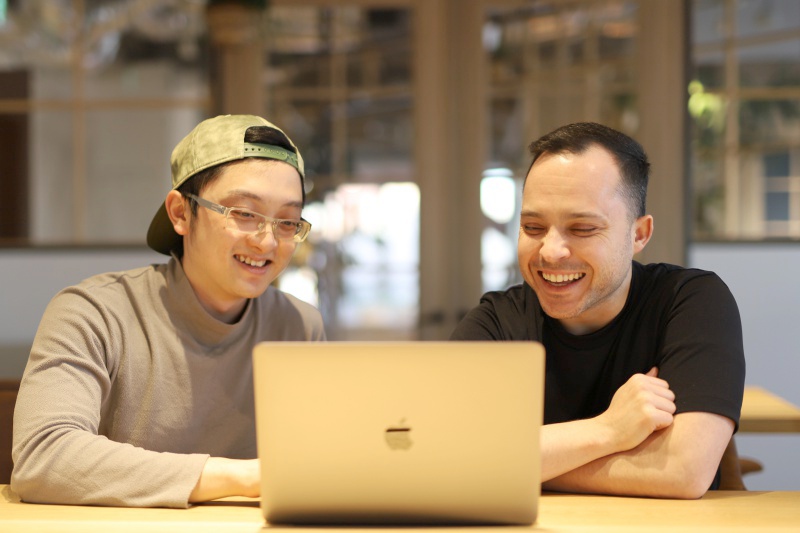 I feel really blessed to be surrounded by seniors and colleagues who will both praise and rebuke me honestly. Naturally regarding code, but previously also on how to better present. Actually, I’ve made a presentation before that was chock-full of specialist terms that non-programmers wouldn’t understand. Then I got advice that I should, “write things in extremely simple and easy to understand terms, as if I were trying to explain things to a kid”. The advice given at that time is something I still remember. I really feel that I work in an amazing environment, that enables me to grow through real constructive criticism. Also, since we’re all different, we’re able to put all our ideas together and get the best one out of them all, which makes me happy that I’m in an environment where positive discussions are possible.

Are you interested in joining us as a engineer? 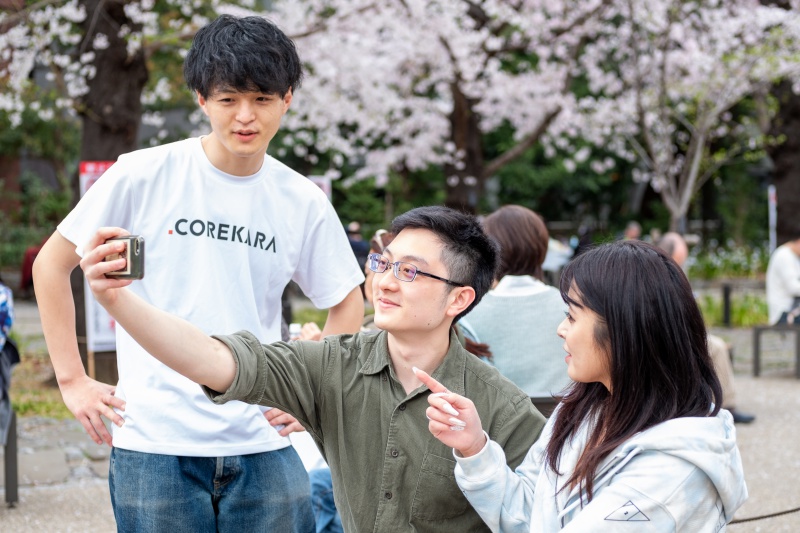 Actually, when I was in university, everyone around me said, “If you work in Japan, you’ll have to wear a suit everyday, and work overtime, and go on mandatory after-work drinks. If you don’t go to drinks, you won’t have a ood relationship with your coworkers.” This made me a bit worried, but actually,I can wear what I want, we get to choose when we come in, and overall it was just a completely different company culture than Igad imagined. We’re going to keep recruiting “complete weirdos”, which to me means, “people who build their own rules and culture, and flips over outdated Japanese societal rules to work in their own style.”

My current vision is to h become a professional programmer within 5 years. I want to build a personal website, where I can share my knowledge and know-how, and has functions to enable other programmers to come together as a community. And after those 5 years, I want to start doing programming classes, and be at a level where I can teach coding through videos, etc. On a more personal level, with corona still raging on, I’ve transitioned to a more indoor lifestyle, and haven’t been able to get out and take many photos, so I want to go on some kind of trip soon. Even during, I’ve been climbing up Mt Fuji every year, and once at the top I think to myself, “this was a good year. I’ll work hard this year too,” and feel like I’m starting anew. It’s a really important place to me, so I want to go up there again soon.

We’re recruiting more team members regardless of gender or nationality. All we’re looking for is someone who want to be better than they were yesterday. I think that no matter their level of skill or experience, without this quality, it’s impossible to keep growing. People with a strong desire for self-improvement are people who make me want to work with them the most.

◼GEN is a great member of the AdSIST division, and is someone who has the ability to be close and friendly with anyone. He’s really helpful as part of the development and CS teams, as he plays the role of a bridge between the two teams.
I was pretty surprised when I saw his photos, as I thought that he really has talent as a cameraman as well.
He has unbridled potential.
I hope he keeps bringing us laughter and camaraderie.
（from the AdSIST CS Coach） 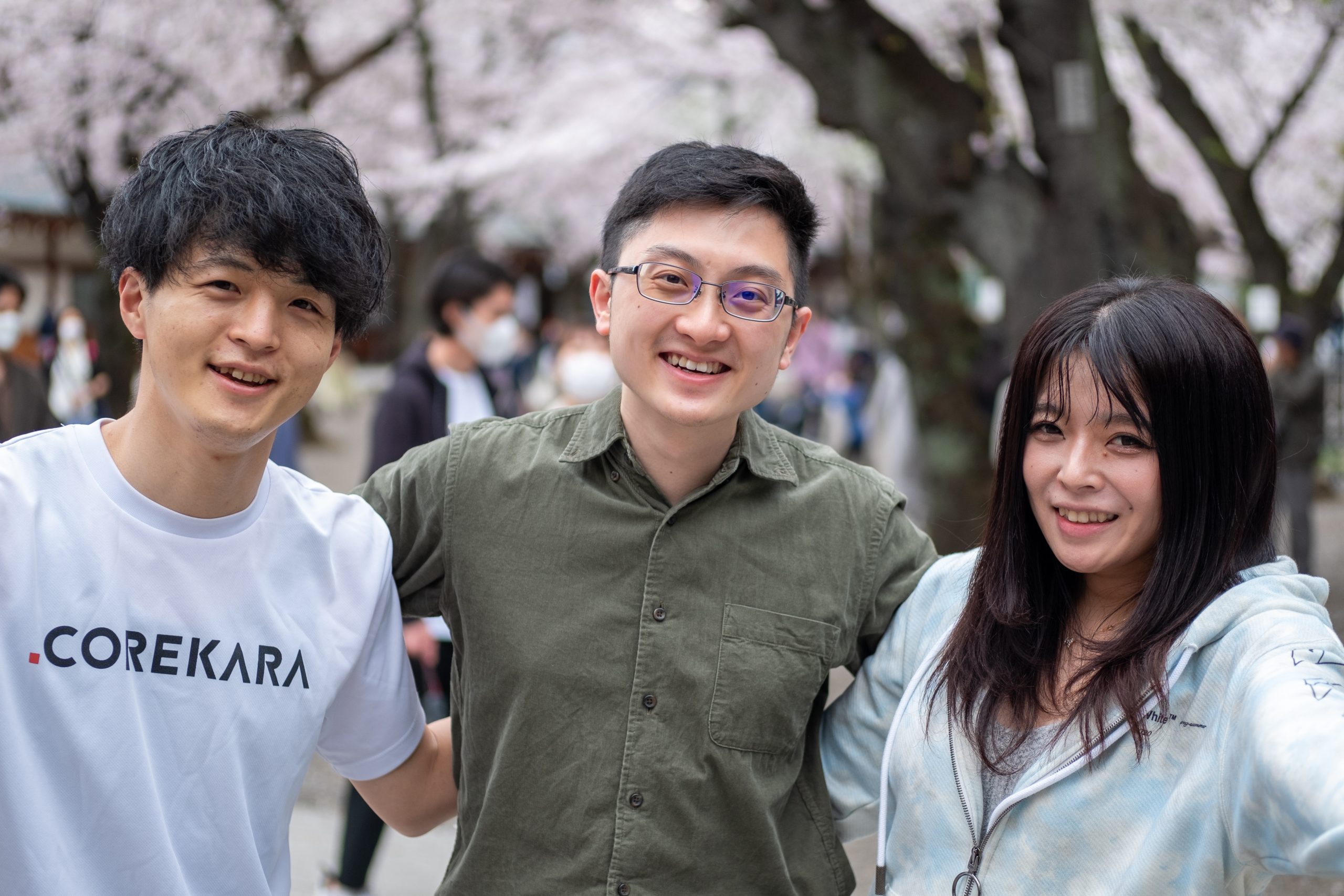 Are you interested in joining us as a engineer?